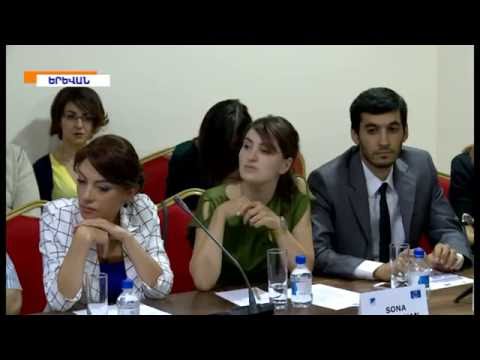 In the framework of the EU funded “Armenian-Georgian Platform for Policy Development” project the Yerevan and Tbilisi Schools of Political Studies organize a series of focus group meetings on fight against corruption, anti-discrimination and tourism for economic growth. The third meeting had to be organized in an online format conditioned by the pandemic situation. Armenian-Georgian focus group discussions on anti-corruption took place on 8-10 May 2020 via online platform.

During the three-day online discussions 19 representatives from Yerevan and Tbilisi Schools of Political Studies carried out discussions on practical steps to prevent and fight corruption in Armenia and in Georgia. The group of young leaders looked into the existing gaps and challenges, as well as underlined the importance of education and raising awareness of the population in order to establish perception of justice and “zero tolerance” towards corruption culture in the societies. The participants attached the importance to the lessons learnt, exchange of good practices and finding new niches for mutual cooperation.

The results of the Armenian-Georgian focus group discussions will be reflected in policy recommendations with concrete actions prepared by experts of the Yerevan and Tbilisi Schools of Political Studies, to support the authorities to manage the corruption risks by preventing and detecting it. The policy recommendation will be presented in June 2020.